we'll help you find your way 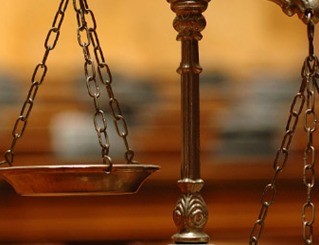 Lim Jit Kiong is the founder and principal of Messrs JK LIM. He graduated with a Bachelor of Laws degree with honours (second class upper division) from the University of Malaya in 1998 on a Skrine & Co. scholarship. Upon reading in chambers at Skrine & Co., he was admitted as an Advocate & Solicitor of the High Court in Malaya on 13 March 1999. He then pursued his postgraduate studies at the prestigious National University of Singapore where he graduated with a Master of Laws degree in August 2000.

Jit Kiong has vast experience in the areas of defamation & cyberlaws, employment, labour & industrial relations, intellectual property, commercial & civil litigation. He is also a registered Trade Mark Agent with the Intellectual Property Corporation of Malaysia (MyIPO). He was previously an in-house legal adviser holding the position of senior vice president of a fund management company overseeing the legal, compliance and risk management matters. Prior to setting up Messrs JK LIM, he was a partner in one of the largest law firms in Malaysia.

Jit Kiong has represented clients at all levels of the courts in the country, including the apex court, the Federal Court. Many of the cases which he won or successfully resolved were reported in the law journals. He was widely reported in the media in a trial of a public interest litigation in which he successfully defended a committee member of a well-known NGO at the High Court. The High Court decision was subsequently upheld in the Court of Appeal and Federal Court. He is well-sought after as leading counsel for firms of solicitors for complex disputes. He has given lectures on the areas of contract and commercial laws at Institut Tadbiran Awam Negara (INTAN) and at a regional bank's training centre. He has also served as a committee member of the Bar Council Court Liaison Committee from 2013 to 2016.

Chia Yi's areas of specialisation include civil and commercial litigation. She also handles our Firm's employment, labour & industrial relations litigation portfolio. She has good exposure and is familiar with conveyancing matters and drafting of commercial contracts and documents. She works independently and is articulate and meticulous in her work.

Nur Izyan Azimi is a pupil in chambers in our Firm. She graduated with a Bachelor of Laws degree with honours from Universiti Teknologi MARA in 2022 where she was on the Dean's List Award for 2 semesters. She is a member of the Inns of Court Malaysia (ICM) since 2021.

​The Firm also works together and collaborates with other Advocates & Solicitors in different parts of the country and other areas of practice including white-collar commercial crimes.